It’s Saturday night under the lights, 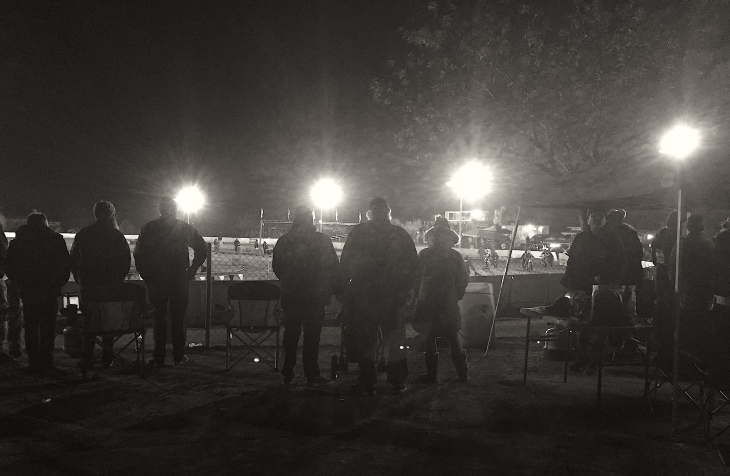 and it’s Speedway Racing in anywhere, USA. It’s cold, the motors are revving and riders are nervous and so are girlfriends, husbands and wives. Riders get screwed up out there at 100mph and go over the fence. Crippled and retired pros help tune the bikes and give advice to young riders. But when it starts – and it’s going to goddam start – it’s all hammers and chainsaws.

He was taking a long-needed piss.

He watched himself in the mirror over the toilet and it looked like his eyes were on fire. Really fucked from the neck up. Bad skin, and it had never been good. So what? He still wore the new suit and tie, and, from the neck down, it looked like somebody else. He flushed and un-noosed the tie, opened the goddam collar and threw the jacket in the tub. The first thing he’d done returning to the trailer was turn on the TV. It ran like a hamster wheel in the front room. He stepped from the bathroom, bounced off the hall wall and aimed at the kitchen. The whiskey. Dad died.

It was swung by a younger man eight-hours a day, five days a week. The head has teeth to bite into inaccurate strikes and continue the nail’s drive as the driver intended. Back in the day I saw one save a man as he fell from a roof and the hammer in his leather tool belt caught on a purlin and stopped him. Big, fearless guy, he went white for a second hanging there in mid-air, broke into a running sweat, then the biggest smile. He bought the crew a round that night.

The 22oz hammer suggest three strikes per nail. At most, four. We’re talking eight-inch ring nails. Noon breaks, we’d see who could drive ‘er deep with one strike. Macho stuff. June won frequently and I don’t think she ever missed hitting the tall sucker right on the head. The down side of that hammer was, if you hit your thumb you were ground meat and it hurt to your nutz. The day I quit, I was 36 feet in the air, stretched out way too far on the top of the ladder in the freezing Pennsylvania morning rain. I was hungover and had one more goddam rubber-washered siding nail to drive through the steel sheet and we’d be done. I went for it and missed. 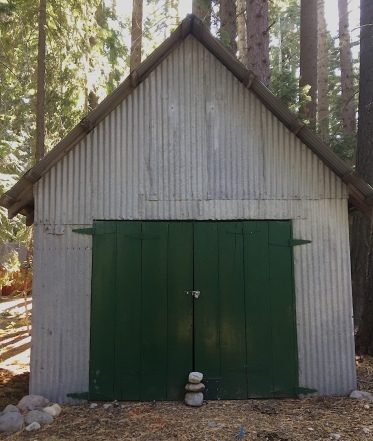 It’s a daily mile-and-a-half walk through the woods at Tahoe to the little marina for a six-pack. Some say a mile-and-eight-tenths, but I’m sticking with a mile-and-a-half. I pass this little structure and today got to thinking of who might have built it back there in the 1920s. Somebody’s grandfather, I guess. Large man who ate pancakes for breakfast and kept the doors from blowing open with those same three rocks. Probably didn’t know much about building being the first owner of the marina. Knew boats, not building. But his neighbor up the road did. Ed, a retired man missing a finger. It was Ed for Edwin, by the way – not Edward. Ed knew a lot about building. He and Fiona, Ed’s wife, and she’d been a pretty bride, had built the house they retired in – Fiona being as handy with tools as she was in the kitchen. You could say Ed lost his finger for the love of Fiona. He’d been working at the sawmill when they married and everyone knew you shouldn’t be wearing rings doing that kind of work. But he refused to take off his wedding band. One day a chain snapped and came for him at about a hundred-and-twenty-miles-an-hour. Ed instinctively put his hand up and that chain ripped that ring and the finger it was on right off his hand. Once he was recovered, he went into the construction trade and eventually built the little marina and store. And maybe that’s how he got to know the owner and help him build this little garage. 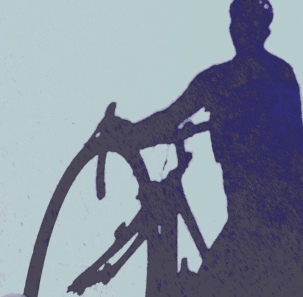 I had been the oldest guy (by decades) at the bike shop for a few years. “Dude” was like ants feeling up each other’s antennae, figuring out the smells and directions and a tribal handshake. Also, truckers hats, flannel shirts, trashed shorts, high dark socks, ride the shit out of your rig and forget about tomorrow.

“Mandatory Meeting,” the bike shop manager said. “IPA’s and pizza.” I rode my bike down to the shop. “We gotta be better, guys. Talk to people and be nice. Somebody has to clean those bathrooms and I’m looking at you, Manny.” Manny flips the bird. “Okay, good meeting. Any questions?” Another IPA and I’ll ride back up the hill and wonder at the young manager.

Recent letter from old time and long lost art school friend, Bruce, aka Fang, and if there are living pirates, he’s one:

“Do you remember why we locked you in the bathroom that night?” He said I then squeezed out of the tiny, and thought-to-be-painted-shut bathroom window employing shampoo lube and Houdini moves and found myself barefoot and freezing on a ten-inch ledge seven stories up. He says he and a couple other buddies watched from his window as I climbed a steep slate gable end onto the roof of the building and disappeared. My recollection of that same night is eating popcorn and watching Star Trek on French’s TV. French wasn’t home, so his door latch broke.

We’re rollin across B.C. in the summer and the top down and the radio on and the wind and I can hardly hear a thing she says. 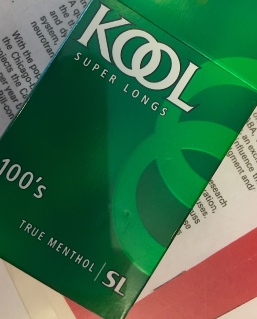 She’s shouting and trying to light her smoke and the wind is winning and she’s been trying to light this fat screw job of a spliff for five minutes. Three joints into the day, she gets it lit bending way under the dash in some weird-ass Cirque de Soleil pose, takes a huge pull and sits up. “Where are we?” she yells.

“Where the hell”—The joint blows out of her hand.—“are we going?”

She holds up her fingers like she still has the smoke, then realizes she doesn’t. “Did I just have a joint?”

I pass her my Kool.

HJ Brennan, A Work in Progress
Blog at WordPress.com.